I was born in Oregon, but raised in Washington.  Our family had a few reasons to visit Oregon, but I had not been there in over twenty years.  I had certainly never driven to Oregon.

20 years later it has acquired a few quirks, but it still runs.

I am not one who enjoys the road trip.  Technically I drove through Oregon once on my way to the Grand Canyon.  And that drive was brought on my three movies in one year poking at me.  Between Elizabethtown, Cars, and Little Miss Sunshine, I felt obliged to toss myself in my ’97 Dodge Neon and go for a spin.  That was eighty-thousand miles ago.

I think I have watched too many car advertisements.  I have it drilled into my brain that once a car hits one hundred thousand miles, it is a rolling death trap.  My mind is like a Final Destination movie.  Pick a seemingly innocuous drive and I can tell you what could go wrong and how the whole thing could turn into a massive pile-up.  Twisted metal, broken glass, crying orphans; I could describe the whole scene of utter carnage.  Maybe I have watched too many car chase movies, but I have no problem dreaming up a small glitch that inevitably ends in disaster.

Driving a whopping four hundred miles fits into the “challenges me” category.  (Sad, I know.  Plenty of people drive that much in a week just commuting to work and back.)  Ol’ Blue has been good to me.  That car has never left me stranded.  It has broken down, sure; but I always had a way to get it to a shop and get home without too much fuss.  Ol’ Blue is reliable, darnit.

Besides returning to the city of my birth (three days after my birthday, naturally), I had a few folks I wanted to see.  In a retirement community down there are three people that I used to go to church with.  There is a married couple I consider family.  And then there is My Friend.

My Friend is one hundred and seven years old.  Trying to describe him sounds like a bad stand-up routine.  “He’s so old, the Social Security Department thinks he is trying to scam them.”  “He is so old, the Titanic had not even been built yet.”  “He’s so old, Mark Twain was still working on his autobiography at the time.”  They sound ridiculous, but all those statements are true.

More than out-living most folks, he is my example of what to aspire to.  For one thing, he was a longtime member of Toastmasters and is probably the best orator that I have had the pleasure of knowing.  Plus, as an elder of our church, I often looked to him for perspective and guidance.  He is hardly perfect, but he always teaches me life lessons.  When people started saying that he probably would not make it to his hundred and eighth birthday, I decided that I should make the trek.

The first hundred miles were the worst.  I left at five in the morning to beat traffic.  I had my stack of CDs, a reasonably full gas tank, and a few granola bars to munch on.  I had no actual reason to feel stressed.  Everyone was going the speed limit, the rain was reasonable, and nobody tried to re-enact scenes from the Ben Hur.

Still, if you want to see me stressed, put me behind the driver’s wheel for too long.  (If you want me to have a heart attack, put me in a car while it is snowing.  I am sure from the observer’s stance I would be hilarious to see.)  My fingers may not go white, but they certainly do clamp down on the steering wheel.  I tried to distract myself with music; I resorted to taking deep breaths.  I do not suffer panic attacks or anything to that degree.  I simply do not like it and am constantly tempted to turn around and go home.

If I had given up, I would not have been able to say good-bye to one of the people in the world that I admire most.  Besides, logically I knew that this drive was no big deal.  Worst case scenario; call a tow truck.

There really is not much to report.  Once I hit a hundred miles, I loosened up considerably.  Granted, there is still the lingering concern that one is driving seventy miles per hour in a compact car as a several ton vehicle drives by mere feet away from your vehicle.  That one unseen piece of debris can pop your tire and send your vehicle swerving suddenly and dangerously into the next lane.  Car go bye-bye.

Such unpredictable moments are why we do not hold our phones while driving.  They are why we keep both hands on the wheel.  We all know cars have the potential to be deathtraps.  So are plenty of things in life.  Are we going to let that stop us from doing what we should?

I arrived just when I thought I would.  No trauma, no dents, no fiery infernos.  The visit with the couple was quite pleasant.  She asked how things were going in church in let me peek into her quilting room.  He took me over to the communal wood shop and talked about his latest doctor’s appointment.  A nice visit was had.

As to My Friend?  If I had not believed he was on the way out before, I certainly did upon seeing him.  His cognitive skills were slow.  He recognized me, he was capable of speaking full sentences, but as I had been warned, he was quite worn out after ten minutes of conversation.  (A few years ago, he told me that he was awake about two hours a day.  I doubt he can maintain that these days.)

Truthfully, he looked more like a puppet than one pulling the strings.  His frame seemed to be sucked into the seat of his chair.  His head and arms leaned forward, his feet were planted on the chair, but the rest of him appeared to be receding from the world.  His one hundred and seven year-old frame was withdrawing from life, and I would not be shocked if the rest of him exited in the near future.

I had hoped against reason that he might instill one last iota of wisdom.  I hung to this man’s words in the past.  I wanted him to have one last nugget to impart to me.  (It would make for a better story.)

I did not get one.  I got to shake his hand, got to hug him, and I got to say good bye.  That is a lot more than many can say about their loved ones.  Maybe he still has something he is saving up that he can share and I will hear word of mouth.

Regardless, I did not take a picture off him.  The picture here is from five years ago.  This is how I remember him.  Personally, I would not want my image of deterioration preserved.  I would like people to see me how I had been all the years prior.  It is not just the last visit of My Friend that I cherish, but all the decades that I knew him before. 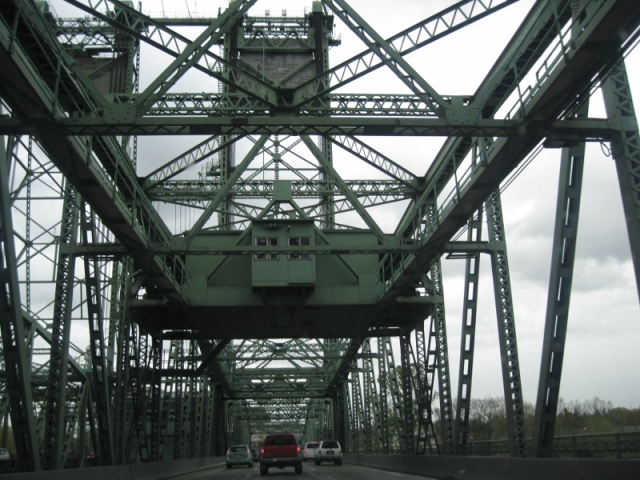 The drive back was as one would expect.  I crossed the Columbia one more time.  I did my best to stay out of truckers’ way.  I tried to keep my long legs comfortable while they were confined to one position.  And yes, because it cannot be avoided, I hit Seattle traffic.  Around rush hour.

Ah well.  Nine hours of somewhat uncomfortable driving to spend four hours with some of the finest people I know?  I feel it was more than worth the effort.  Going “home” again was the right way to celebrate my birthday.  (However I was delighted to get home-home to my cat and couch.  Stretch out, you poor legs.)

He's a simple enough fellow. He likes movies, comics, radio shows from the 40's, and books. He likes to write and wishes his cat wouldn't shed on his laptop.
View all posts by anecdotaltales →
This entry was posted in Uncategorized and tagged driving, elder, good bye, life, newberg, old, oregon, retired, road trip, travel. Bookmark the permalink.