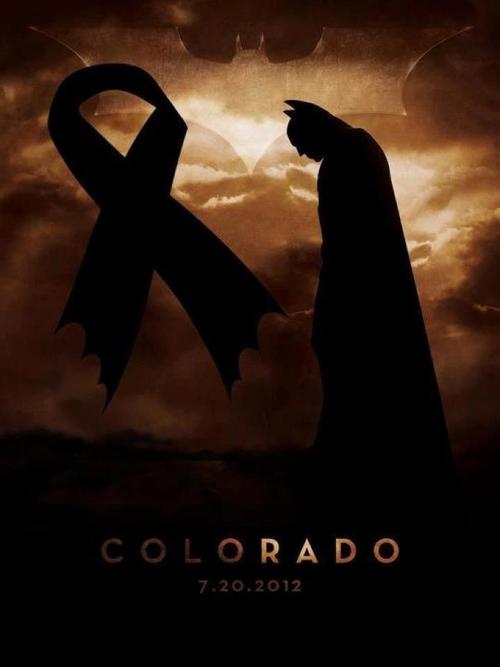 Four years and a day later, not enough has changed.  We are still shooting each other.

So we can paraphrase “The Dark Knight” and lament that we have the society that we deserve, not the society we need.

OR we can take a cue from “The Dark Knight Rises” (and one of the greatest novels written):

“I see a beautiful city and a brilliant people rising from the abyss, and, in their struggles to be truly free, in their triumphs and their defeats, through long years to come, I see the evil of this time and of the previous time of which this is the natural birth, gradually making expiation for itself and wearing out.”

Because here is the thing about Batman.  He represents hope more than any character you will find.  Every night he tries to ensure that no one else will have their loved ones killed like his were.  He realizes he cannot win; the odds are against him, yet her perseveres.  He knows that two people being shot in the street is two more than there should have been.

Just because, “Some people want to watch the world burn“, does not mean we have to let them.

He's a simple enough fellow. He likes movies, comics, radio shows from the 40's, and books. He likes to write and wishes his cat wouldn't shed on his laptop.
View all posts by anecdotaltales →
This entry was posted in Uncategorized and tagged aurora, batman, colorado, dark knight, death, guns, life, shooting, tragedy, violence. Bookmark the permalink.