Posted on December 27, 2018 by anecdotaltales

Did you know that it takes almost two hours to leave about one hundred voicemails?

After I called my family on Christmas, I had a large amount of free time.  I decided to watch the extended version of The Fellowship of the Ring.  I could watch all ten hours of Tolkien in one day or I could spread it out over three.  The world (of hobbits) was my oyster.

It seemed fitting.  An individual lives a rather idyllic life.  He takes up the burden of all mankind (and other species).  And carrying the burden which no one else could, he travels to a far off place to make the world a better place.  Sounds Jesus-enough to me.  Let us call it a Christmas movie.

Taking in all three Tolkien flicks felt like too much.  I popped in The Help instead.  Again, here were all these people that simply had to do the right thing.  Tell people their toilet is racist.  Treat everyone with respect and dignity.  Sitting from the comfort of my couch, it all seemed so easy to me.  I just had to lay there on the cushions, my blanket and cat keeping me warm, and cast my opinions on the screen.

“Do what I say and it will all work out.  Trust me fictional characters!  Now where’d I put those chips…” 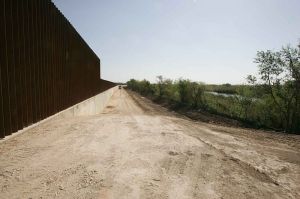 Roughly a half hour into the second movie, I started to get all worked up.  There are folks that want billions of dollars to build a wall.

Once we raise money for one wall, they will want money to build another wall to the north.  Then they will want one for each of the oceans.  And so on.  And so on.  Keep out the immigrants when this entire country was created by immigrants.  My family came here seeking religious freedom over three hundred years ago.  That does not make them any better than a family seeking an escape from a drug war.

Like the supporting characters on the screen, all I had to do was say something.  I could feel it building up as I watched women getting fired for hugging their daughters or trying to scrape up some decency for themselves.  All I had to do was act.

The House had already voted.  There was no point in calling up folks whose time had already come and gone.  That left the Senate.  Senate phone numbers are quite easy to find.  With it being Christmas day, I would get their voicemail and leave my message.

It was not an epic or majestically constructed message.  I did not want to take up too much time for these representatives of the public interest.  I kept it simple.  I left my name and stated,

“I’m respectfully asking that you not allow any funding for a border wall.  It’s unnecessary, unkind, and we’re all immigrants; so I would ask that we move on to other issues.  Thank you for your time and Merry Christmas.”

The Gettysburg Address it was not.

Making a hundred phone calls, I learned a few things.  One or two senators did not have their voicemail set up.  Their phones rang and rang and rang.  Some folks left messages that instructed the individual when to call.  Many really preferred that folks used the contact link on their websites.  However, being without internet, I kept to my voicemail protocol.  If there was any way I could leave a message after the tone, I did.  -Beep- 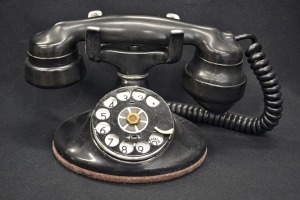 Interestingly enough, there was a very definite trend to the voicemail greetings.  Almost without exception, every single rude or terse recording was left by a Democrat’s office.  (Most of these were clearly staff members.)  For a group that often gets labelled as “bleeding hearts”, they sure did not sound like it.  There may have been one or two Republicans that had messages like that, but most of them went out of their way to sound folksy or friendly.  Some of those Democrats; they sure seemed put out by having to use a phone and communicate with others.

Many of the Republican messages were downright delightful.  They made me want to sit on the front porch in my rocker with them and jaw away about the good old days.  (I have a softness for rocking chairs and storytellers.)

The impatient and bothered were in the minority, but many of those messages did not make me feel like they were there to serve me.  They conveyed the feeling that I was inconveniencing them.  However, if I have to take up one minute of a staff member’s time to speak out against a ridiculous proposal, then I will do it.

I could have approached it other ways.  I could have sent out an e-mail and doctored it for each person.  However I have been told that there is a communications hierarchy.  Personal visits rank strongest in public opinion.  Phone calls count highly.  E-mails count, but not as strongly.

One could also argue that I should have only called those who I felt I had to convince.  Or I should only call those who were in line with my beliefs and needed encouragement.  Yes, I could have just called the representatives from my two states.  However, this is a national issue.  A billions of dollars issue.  You want to waste that much money?  You have my full attention.  I will respond in kind.

If this time of year is represented by A Christmas Carol, then it is all about a rich man learning that kindness is important and we should be gracious to those that are struggling to put a roof over their heads.  If the feeling of the season is shown by It’s a Wonderful Life¸ then we should know that every person has something to contribute.  And if Christmas is about a guy and his gal, making their way with a donkey after traveling a long way, then we should open up our home to that weary family and at least offer them a place in something a bit better than a manger. 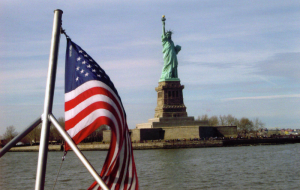 I have yet to march.  I am not enraged at those who think a border wall is a terrific idea.  I simply knew that if I sat there on my couch, doing nothing, that events would play out against my wishes and I would remain a passive supporting character.  It was only two hours.  It was only phone calls.  Still, I want to believe that in a small way, I leant my voice to those needing some holiday cheer.

He's a simple enough fellow. He likes movies, comics, radio shows from the 40's, and books. He likes to write and wishes his cat wouldn't shed on his laptop.
View all posts by anecdotaltales →
This entry was posted in Uncategorized and tagged border, christmas, congress, government, life, politics, representative, senator, shutdown, wall. Bookmark the permalink.