Posted on December 14, 2017 by anecdotaltales

I strolled into what I thought I was a small, unassuming, independent art museum.  What I did not realize until I entered was that I was in an art gallery.

It was a slightly different experience to walk around, see little prices typed by the artist’s name, and realize that any of those pieces could have gone home with me.  I started to approach each piece I liked with, “Yes, but do I like it enough to pay for it and see it every day?”

Whimsical, sure. But is it “must have”?

I also had to adjust to the rapid-turnover/ constant need to change the setup.  Every piece was ready to be taken down at a moment’s notice.  The art one saw this week might not be there the next.

There were several different sections.  One area was created by high schoolers.  (Those teenage students have much more artistic skill than I do.)  There were plenty of pieces that I liked, but my apartment is already decorated by Bierstadt, Rockwell, and Hopper.  It is a tough crowd to compete with.  Yes, you can buy an original.  However I would rather have a print of brilliance than a one-of-a-kind, “Interesting”.

Fun to see, but also pricey. (And where would you put it?)

Speaking of interesting.  Oy.  The second-to-last room I entered had a curtain in front of it.  They clearly knew there would be some crowds that would not want to see what was inside.  Nudity is one thing.  The human body, the human form; those I understand.  (I still prefer landscapes to people.  To each art lover, their own.)  This room was not decorated with my tastes in mind.

In the interest of keeping this blog PG-13, I will go light on the details.  However, between the pentagrams, the naked woman having sex with a wolf, and other creations along those lines, I scurried out of there rather quickly.  Many of the pieces were clearly created by talented individuals.  The colors, the depictions; they were all quite graphic.  (In many senses of that word.)  Personally, I prefer my art to avoid bestiality.  However, if their goal was to elicit an emotional reaction or challenge my boundaries, then they succeeded.

Happily, the next room was full of bright colors.  Columns of balloons were photographed in front of bridges.  Yay for not ending on a dismal note!  I returned to a pair of paintings and a bear that I had seen before but wanted to take in again.  Then I scurried back out into the real world. 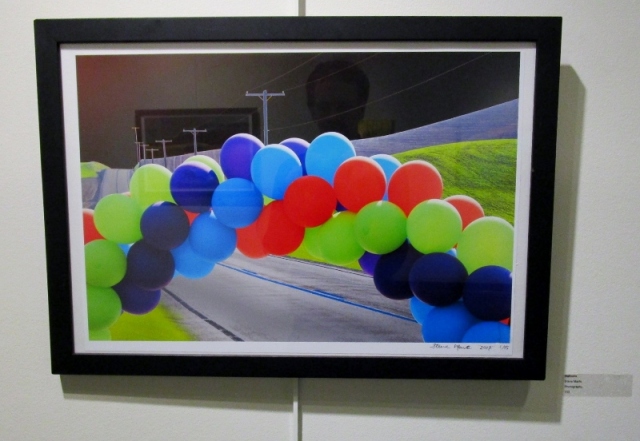 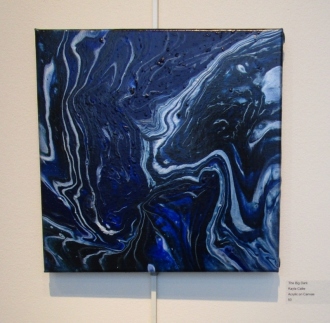 I like it. I really do. But it means getting the red one to properly pair with.

Why does the guy get all the clothing? (shrug) 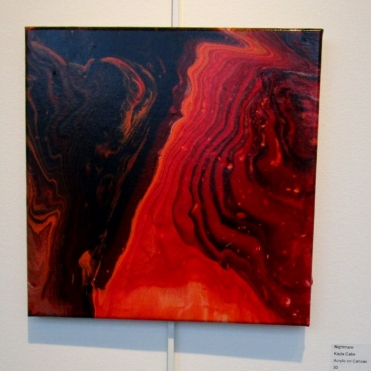 And I just can’t handle that much red.

Looks a little posed to me, but I get it. 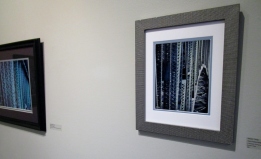 The tamest of all art from “that” room.

As a bonus, museums cost money, but galleries are free.  (That is, unless you go home with a few canvases under your arm.  Ah, the high price of art appreciation.)

He's a simple enough fellow. He likes movies, comics, radio shows from the 40's, and books. He likes to write and wishes his cat wouldn't shed on his laptop.
View all posts by anecdotaltales →
This entry was posted in Uncategorized and tagged appreciate, art, canvas, color, dark, design, gallery, graphic, mold, statue. Bookmark the permalink.